WHEN Lyme Regis councillors held an “away day” a few weeks ago to sort out their problems, it was rumoured that they had agreed to draw a line under their disagreements and get on with the running of the town.

I didn’t believe a word of it – and so it has proved. If anything, the relationship between councillors is even more toxic.

Let’s fast-track to Wednesday night. A meeting of the Tourism, Community and Publicity Committee sat for four hours, two of which were taken up with discussing whether the council should continue supporting LymeForward with grant funding.

We have reported on that debate but some councillors have admitted that by the time it came to a vote, they had no idea what had been decided.

Present at that meeting was the deputy mayor, Kelsey Ellis, the youngest member of the council at 21, who was tipped to be the town’s next mayor.

At the end of the meeting Cllr Ellis, daughter of twice mayor and long-serving councillor Michaela Ellis, handed in her letter of resignation, taking all and sundry by surprise.

But this was no ordinary letter of resignation. It turned out to be a damning indictment of the council’s behaviour since she was elected in May 2019.

You can read the letter in full on pages here. It makes devastating reading for the council.

Kelsey said she had become embarrassed and anxious to attend meetings; she referred to bickering and childish point-scoring which had tarred the council’s reputation; she mentioned aggressive emails which had been sent to her and other members; she claimed some councillors had fostered an uncoopertaing atmosphere bordering on bullying tendencies; she faced discrimination when she stood for the deputy mayor position; and she claimed the council was dysfunctional and unable to work as a team.

She concluded her letter by stating: “In my time on the council I have witnessed a level of in-fighting and political pettiness that should not exist in a modern democratic council. For the sake of my own mental health alongside a change in personal circumstances, I feel it is best to step down.”

In all the years I have covered local government affairs in Lyme Regis (my first meeting was in 1966) and my time as a councillor and the town’s youngest mayor), I can’t recall a more damaging letter.

The allegations of how Miss Ellis has been treated should not be underestimated. The time has come when some action has to be taken. It’s a letter that cannot be ignored and swept under the Guildhall carpet.

Kelsey joined the council at the same time as Leon Howe, another young member. Leon lasted about a year before he stopped attending meetings, and though he never made a fuss when he had to stand down due to his attendance record, it was clear he was unhappy being part of such an argumentative group of people.

At their first mayor making ceremony, I had the honour of making one of the toasts and, addressing my remarks to Kelsey and Leon, I pointed out that they were the future and the time had come for yesterday’s men (like myself) to hand over the torch to a new generation to forge Lyme’s future.

I can’t help thinking we have let them down. Kelsey’s resignation shows that Lyme Regis Town Council is no longer fit for purpose.

ONE in every two people will suffer from cancer at some time in their life. That’s a frightening statistic which means that every family is likely to be affected by this terrible disease at some time or other.

Cancer Research UK has had to cut its funding for research by £45 million pounds because of the pandemic. This is why local fundraising has to continue and I am delighted to report that the Lyme Regis committee were able to stage their popular BIG Breakfast last Friday, raising just over £1,000.

We served about 70 breakfasts, which was down on previous years, but because of the generosity of Lyme Regis Butchers, who provided most of the ingredients free of charge, reducing our overheads, and an anonymous donation, we were able to meet our target.

Our grateful thanks go to Andrew Bolton of Lyme Regis Butchers for his brilliant support, to all those who supported the event and my team of volunteers who did such an amazing job. 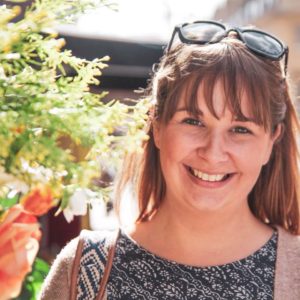 Why I’m such a proud Dad

IN a career in newspapers spanning 56 years there have been many highs and lows, especially in recent times with the continuing demise of local papers caused by the inevitable march of the digital age.

Last Wednesday, however, was definitely one of the high points. Out of the blue came an email informing us that my daughter Francesca, who edits this newspaper with great pride and dedication, was one of eight nominees in the print production achiever of the year category in the national Newsawards.

We were highly chuffed when LymeOnline was commended in the category for best community website last year. But this personal recognition of Francesca’s achievements in a highly competitive industry is definitely a cut above.

It goes without saying that my wife and I are hugely proud that she has been nominated and will sit among some of the most talented young newspaper executives in the country.

The winners of the awards will be announced at a posh dinner at the Royal Lancaster Hotel in London in November. I won’t tell you how much tickets to this function cost, but there’s no way our family will not be there to support her, including our son Darren, who works in the national press, and his partner Jen.

Unfortunately, Francesca’s sister, Zoe, who helped to build the LymeOnline website, will not be able to attend as she is heavily pregnant and unable to travel from her home in Ireland.

Since launching LymeOnline, I have watched with pride how Francesca has developed her skills. She is very much the boss, having control of all content in the paper and on the website, liaising with advertisers and helping deliver the paper.

She also records a weekly video news bulletin for our website, having taught herself the editing process, and records an audio news round-up for Lyme Bay Radio. And she still finds time to do her bit in the community, especially for the football club and Cancer Research UK.

I offer advice where necessary but she rarely needs that. And I write very little these days – this column and the local sport – and I cover the occasional event and stand in for her when she’s on holiday.

People are usually upset when I turn up with my camera and notebook, asking: “Where’s Chezzie?”

It’s a seven day a week job but she rarely moans about the long hours and she has to put up with a good deal of criticism from some of the keyboard cretins in Lyme.

She’s passionate about her hometown and on occasions finds it distressing when she has to cover the egregious behaviour of our local council, knowing full well we will be criticised by certain councillors just for doing our job.

Proud Dad? You bet I am.

TOWN councillor Cheryl Reynolds is launching a petition in an attempt to address the lack of affordable housing in Lyme Regis. […]

DEPUTY Mayor of Lyme Regis and the town’s youngest ever councillor, Kelsey Ellis, has resigned with a damning letter slamming councillors’ “childish behaviour” and “bullying tendencies”. […]