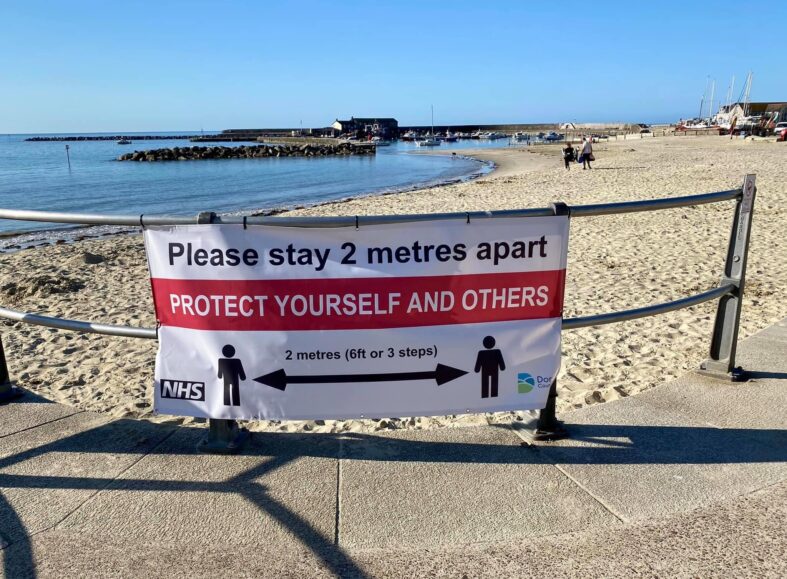 IN my last diary entry on Saturday I referred to the Dominic Cummings spat as “a sideshow” compared to the more pressing job in hand of steering the country our of lockdown.

I thought it would be dealt with quickly and the government would move on with more pressing matters, i.e. getting the kids back to school and the country back to work.

I could not have been more wrong, even naive perhaps. Cummings-gate has developed into massive political row which is just not going to go away.

Cummings is a hugely divisive character, loathed by many in Whitehall and Westminster. The press are not going to allow this to become yesterday’s news, not without further revelations.

The scenes outside Cummings’ house these last few days have been farcical with photographers wrestling for the best shot of him coming out of his house, totally ignoring the social distancing rules. It was a complete circus, as it always is with the national snappers, firing off hundreds of frames, poking their lenses within milimeters of his face.

Somebody (probably a national paper) even paid for a huge video screen to be parked outside his house showing Boris telling the nation to stay indoors. Ridiculous.

And yesterday’s Downing Street briefing was nothing more than a car crash. Boris clearly had problems with the technology, cutting questioners off, and just flatly refusing to answer questions about the Cummings issue.

The only subject matter the journos wanted to talk about was his best buddy’s alleged breaking of the lockdown rules, but all Boris would say was, in his view, Cummings acted ”legally and responsibly” and that he totally understood his concern for his four-year-old son, as would any parent.

This particular session demonstrated how painfully obvious it is that the press briefings are a complete waste of time. And as for Peston? He made a complete ass of himself, struggling to get his question out, and clearly annoying Boris who looked on in dismay.

There was no indication that the Prime Minister was going to throw his chief advisor to the wolves. Cummings was credited with being the brains behind Johnson’s overwhelming victory over Labour in the last election and is said to be making all the big decisions on how the government is handling the coronavirus crisis.

There has been universal condemnation of Cummings’ behaviour from all sides and my view is that the Cabinet Secretary should conduct an inquiry into the complaints, and if it is found he has broken the law, he should be sacked. And we move on.

This is undoubtedly the biggest rebellion the Prime Minister has faced since coming to office at a time when he is under fire from all sides over his handling of the pandemic. One would have thought he has more than enough on his plate .

The feared influx of day-trippers did not materialise

Well, how’s your Bank Holiday been to date? Enjoying the glorious weather I hope and staying alert. Did you spot any second homers? There are a few around.

The feared mass influx of day trippers did not materialise and, although some car parks nearest to the beach were open, they were nowhere near full and the beach was not excessively overcrowded.

I think the town council did a good job in getting the toilets open and encouraging people to maintain social distancing.

The weather is even hotter today so it will be interesting to see if the town becomes busier as the day progresses.

Someone asked me last week how long I intended to continue writing this diary. I’ve now been in in self-isolation for 67 days and I have written this diary on about 60 occasions, about 1,000 words a time. That’s 60,000 words in all. I’m planning to continue to this vein for another 19 days which will complete my three months of manly staying indoors.

The virus will clearly not be totally beaten by then so will continue until it is? It could be months, possibly a year, so I will probably put at end to it when I finish my isolation period.

I was also asked how I found so much to write about on a daily basis. With a crisis like this, that’s not so difficult. A thought or two usually pops into my head on my daily exercise walk.

Generally, the diary as been well read but I’m conscious that not everyone agrees with my views and I’ve been labeled as a rabid right-winger.

Opinion columns are very rare in local papers these days but I have been writing an opinion column in various papers for 20 years or more. During that time I’ve taken some flak, I can tell you, but if you raise your head above the parapet you must expect to have it shot off from time to time. And believe me I taken a few bullets in the cause of free speech.

Writing a blog is a bit different than a column for a free paper that gets shoved through the door. People have to go onto a website to read the blog and if they don’t agree with the views in it then, generally, they don’t go there again.

The readership of this blog has stayed fairly stable with several hundreds reading many of my dispatches. I even had one person stop me on one of my walks to thank me for writing it. She told me she was fed up with the doom and gloom pedalled by the television news and national press and relied on this blog to keep her informed.

This is the first time I’ve had to find 1,000 words to write every day and it’s been a bit of a challenge. But it has helped to keep me focused during this period of incarceration, although I think my family are a bit fed up with me banging on verbally about the issues of the day.

Sometimes I get it wrong, like on Saturday when I said Dominic Cummings had driving to Cumbria when it was actually Durham.

As for being a right-winger, I’ve always considered myself to be a centrist, probably slightly right of centre. I mixed with a lot of politicians during my London days and don’t have a great regard for many of them and this has clearly influenced me.

As a council house boy with a grammar school education, my background would indicate that I should be a socialist. But, do you know, all the years I lived in Lyme I’ve never had anyone from the Labour Party knock on my door canvassing for my vote.  Labour has all but given up on a constituency it will never win.

A great friend of mine who was a staunch socialist, now long gone, told me once that if you put a blue ribbon on a pig it would get elected in Lyme. He had a point.

Writer/actress Carol Burnett once said: “Words, once they are printed, have a life of their own.”

MP defends vote on Trade Bill, saying it was not about protecting NHS from Trump

WEST Dorset MP Chris Loder has defended his decision to vote against a new Trade Bill clause, which opposition parties say would have protected the NHS during Brexit trade deals.  […]

VULNERABLE people in Dorset will have recently received a letter from the NHS, telling them they are at high risk of catching coronavirus and advising them to stay at home and strictly self-isolate for 12 weeks. […]

THE Town Mill in Lyme Regis has been adapting to a new way of life during the coronavirus lockdown.  […]