THIS column may be named ‘All Over The Town’ but I have been anything but in the last couple of weeks.

As we put the last print edition of the LymeOnline newspaper to bed a fortnight ago, I wasn’t quite feeling myself and it soon became apparent that I had succumbed to the dreaded coronavirus.

I immediately went into self-isolation in my little one-bed flat and did my best to keep the LymeOnline and Axminster Seaton Nub News websites up to date from home, while my parents – who thankfully tested negative – were left with the task of delivering the newspapers around town.

Staying inside and not being able to attend events or meet people is a tough task for a local news editor, especially having just got used to being out and about again at all of Lyme’s summer events, but there were a few acts of kindness that made things easier.

Food parcels, treats and even a few jigsaw parcels arrived at my door, and a couple of friends set up camp in the driveway below my first floor window for a very socially-distanced catch-up and glass of wine one evening when I was struggling with boredom.

My flat overlooks a busy public footpath and, as I worked at my dining table in the window, there were plenty of friendly faces passing by, giving me a wave or asking how I was – sometimes it’s nice to live in a small town where everyone knows your business!

Having recovered and with my allotted isolation time up, ‘freedom day’ finally came on Saturday and I wasted no time in making the most of the weekend, heading out for an early morning walk along the seafront.

I don’t think I’ve ever appreciate the view quite so much.

I returned later for Lyme Folk Weekend and then headed to the football club where the season could finally get underway, having had been postponed the previous week thanks to my positive test result, followed by the Nag’s Head with friends to enjoy some more live music.

The highlight of my fortnight came when I was invited to play at Uplyme & Lyme Regis Cricket Club’s end of season fancy dress fun day.

I had never played cricket before and turned up with much trepidation in my Pink Ladies outfit on Sunday afternoon.

Costume or no costume, Dad seemed to find the prospect of me playing cricket hilarious, but he soon quietened down when I somehow caught out club chairman Steve Batey (he was dressed as a melon at the time which may have had something to do with it!).

It was a bit of a comeuppance for Steve, who at just 15 years old brought my Dad’s cricketing career to a crushing end, catching him out on 94 and preventing him from scoring what would have been his first and only century.

We got him back in the end, Dad!

I’ve always been more of a football club girl than into my cricket, but over the last few seasons it has been such a pleasure spending more time at the Uplyme pavilion and watching the boys promoted to the Devon League C Division East for next season.

It is a wonderfully welcoming, friendly and good-spirited club, where their recent successes are much deserved. Congratulations! 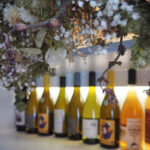 THE recently-opened Lilac wine bar has proved to be the hottest new place to hang out, and now we’re over hazy summer days on the seafront, where better to chill out than this stylish cellar bar? Find Lilac at 57-58 Broad Street or visit lilacwine.co.uk 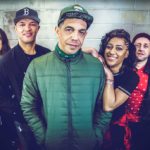 SKA and reggae band Laid Blak return to the Marine Theatre tonight (Friday) with tickets selling out fast for this Bristol-based band, taking influences from dancehall to soul, hip hop, funk and jazz, and their jungle heritage. Tickets at marinetheatre.com 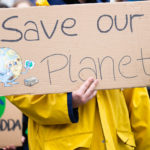 OVERWHELMED by the climate crisis and wondering how you can possibly make a difference? Belinda Bawden looks at one of the latest reports on climate change, what it means for Lyme Regis and suggests simple ways we can all help on page 18 of this week’s digital edition.

A NEW COVID Health Protection Board will monitor for and respond to any potential coronavirus outbreaks in Dorset. […]

LymeOnline ·
@LymeOnlineUK
Adults and children are welcome to join the 'Choir for Christmas', leading up to a performance on December 19th #lymeonline #lymeregis #dorset https://t.co/QSUQDXEJ7C
View on Twitter
0
0