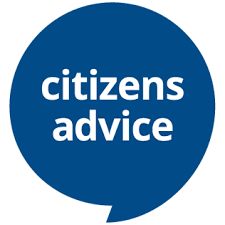 THE local offices of Citizens Advice have voiced their concerns about the difficulties that many people are experiencing with filling in their claims to obtain Universal Credit, the new social security system which has recently replaced six means-tested benefits and tax credits.

Citizens Advice nationally has reported that more than a third of people seeking their help with obtaining Universal Credit have a struggle to find all the information that is needed to be able to complete the form. The most common problems occurred when they were required to provide sufficient evidence of health conditions, housing issues and childcare.

In total there are 10 stages to making a Universal Credit claim and if a deadline is missed it is often necessary to start the process again. The complexities of the system mean that around 25 per cent of the people assisted by Citizens Advice spend more than a week completing their claim.

As a result Citizens Advice has called on the government to simplify the procedure for making claims and ensure that adequate support is always available. It has also demanded that an automatic payment is made to those who do not get paid on time.

Its chief executive, Gillian Guy, said: “While Universal Credit is working for the majority of people, our evidence shows a significant minority are struggling to navigate the system. With people already having to wait five weeks as a matter of course for their first payment, any further delays risk jeopardising people’s financial security.

“Last year the government showed it was listening by taking important steps to improve Universal Credit. Those measures are starting to have an impact, but more needs to be done.

“Top of the government’s list should be simplifying the process and making sure adequate support is in place so that claims can be completed as quickly as possible.”

With the wait before receiving a first full Universal Credit payment the finances of claimants are often already stretched and research by Citizens Advice has revealed that when this is received late there was a higher chance of people getting into greater debt, or falling into it. Additionally they were much more likely to borrow money from a lender at high interest rates to help tide them over.

With more than 2,000 people each year contacting the local Citizens Advice offices it regularly needs to recruit more volunteers and a training course for those wanting to join will start in the middle of September.

There are still places available on this course and anyone who is interested in potentially becoming a volunteer should initially contact Rovarn Wickremasinghe, Manager, Bridport and District Citizens Advice, South Street, Bridport, DT6 3NY. His telephone number is 01308-456880 and his email is BureauManager@bridport-cab.org.uk

Advice obtained from Citizens Advice will always be free, confidential and impartial and everyone is welcome to go along to any of its sessions, even if they do not have an appointment.

The regular weekly advice session in Lyme Regis is held every Wednesday from 10am to 3pm at the St Michael’s Business Centre, DT7 3DB, in the centre of the town and at least until December sessions are also being held on Mondays between 10am and 12noon at the Lyme Regis Medical Centre in Uplyme Road, DT7 3LS.

If these times are inconvenient anyone can instead go to the Citizens Advice offices at South Street, Bridport, DT6 3NY which holds a session every weekday between 10am and 3pm. In addition you can contact Citizens Advice by email on advice@bridport-cab.org.uk or telephone 0344 245 1291, which will get you through to the Dorset AdviceLine.

CITIZENS Advice is continuing to run two sessions a week in Lyme Regis which anyone is welcome to attend, even if they do not have an appointment. […]

THE demand locally for Citizens Advice continues to grow, with the number of people seeking advice from Bridport and District Citizens Advice, which includes Lyme Regis, having increased by 20 per cent in the last year. […]

Citizens Advice helping Dorset residents ‘get back to normal’

CITIZENS Advice throughout Dorset has put special measures in place so that local people can continue to get help during the coronavirus crisis and as lockdown eases. […]