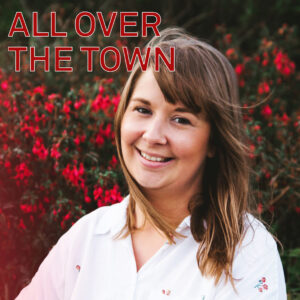 OVER the past 18 months, all routine at the LymeOnline office has been thrown out of the window.

We’ve been to-ing and fro-ing between working in our office and from home during three lockdowns, the busy summer events, a coronavirus scare and finally, last week, we took a little time off to spend with family.

This week we’ve made a concerted effort to return to the normal nine to five routine in our Uplyme Road office and get back to some sort of normality.

With an autumn chill in the air, I’ve definitely got that ‘back to school’ feeling but things were brightened up with the surprise news that I’d been nominated in the Print Production Achiever of the Year category at the national newsawards 2021.

I know how lucky I am to do a job I love everyday and I’m very honoured to be recognised among journalists working for much larger regional and national titles, whether I win or lose.

A big thank you to our readers and all those who have always had my back and supported me throughout my career in local journalism. The LymeOnline team are now all looking forward to the big awards ceremony in November!

No celebrations for me after hearing the news this week, though; I had a Lyme Regis Town Council meeting to cover and the mood in the Guildhall was anything but jovial.

The marathon meeting ran on until 11pm (although I admit to giving up and leaving at 10), including a two-hour debate on one single subject – whether or not to go ahead with a grant for LymeForward.

The discussion was protracted, repetitive and awkward to listen to with personal rivalries that I hoped would have been but to bed over the summer recess still clearly bubbling at the surface.

At one stage councillors almost came to a complete impasse and I was surprised they managed to make a decision at all, although I think some would have voted for anything if it meant they could finally move on.

Sadly, the meeting ended with the surprise resignation of deputy mayor Kelsey Ellis. I did think Kelsey seemed rather frustrated throughout the evening but I couldn’t have imagined the damning resignation letter she had burning in her pocket the entire time.

She handed it over to colleagues as the meeting closed, tearing them down for childish behaviour, bullying tendencies and discriminating against her because of her young age, saying she had to stand down to protect her mental health.

I’m not sure I’ve ever heard such a strong condemnation of the council (not even in our Lyme Matters column!). What else will it take before councillors finally sit up, listen and take responsibility for their behaviour?

Just a few months ago I wrote about how refreshing it was to see younger people take more of an interest in local democracy.

Local council chambers are far more diverse now than they were 10 years ago with more women, young people and those from different backgrounds and political affiliations standing for election.

The mayor of nearby Seaton is in his early 30s, Axminster’s youngest councillor is just 18 and Kelsey was our youngest ever councillor, winning her seat at 19 and becoming deputy mayor at 21.

She was on track to take the record of the town’s youngest mayor – but can you blame her for giving it up?

Lyme Regis council’s continuous bickering and personal infighting will do nothing to encourage more young candidates to step up and, unless things change, the future of our town will sadly continue to be under-represented. 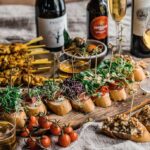 As autumn sets in, add a little sunshine to your life with The Strawberry Tree’s Spanish cuisine. Tucked away in their new permanent home at the former Courtyard Cafe at the Town Mill, owners Ed and Giselle are now taking bookings for this cosy restaurant and garden seating overlooking the River Lim. 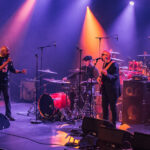 R&B legend Geno Washington and The Ram Jam Band return to the Marine Theatre on Saturday, October 16. Having performed with acts such as Georgie Fame at the legendary Flamingo Club in Soho, do you really want to miss him on your doorstep? 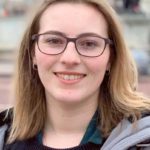 Well, it couldn’t really be anything but deputy mayor Kelsey Ellis’ resignation letter. I think Kelsey was brave to stand up to fellow councillors – all of them several years her senior – and to do what she feels is best for her own mental health.

THE chalet, caravan and day hut site at Monmouth Beach in Lyme Regis has been closed until further notice. […]

A LYME Regis trader has claimed his business has been “deliberately attacked” by the town council, after he made complaints at a recent public meeting. […]