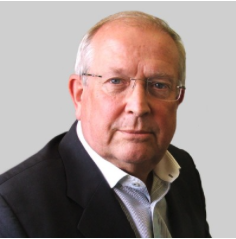 WITH the launch of the LymeOnline website and the coming of our print edition, I thought it was time I reacquainted myself with the affairs of Lyme Regis Town Council. There was a time not so long ago that the word “affairs” (of the heart kind!) may well have taken on more significance than today.

When I first sat on the press bench in the Guildhall in the mid-1960s, there were very often three or four other reporters alongside me. David Cozens (Lyme Regis News) was a permanent fixture, Wally Fellender (Pulman’s Weekly News) was also a regular attender and on occasions Ray Barwick (Dorset Echo) and Bill Fenwick (Western Morning News) would turn up. Such was the reputation of the former Lyme Regis Borough Council in those days for always offering up a juicy story.

So controversy in the Guildhall is nothing new and there’s far less of it with our current crop of councillors, although it’s pretty obvious there are one or two who are never going to get along and bury the hatchet. Having a differing view is every councillor’s democratic right and it is to be hoped that they sort out their disagreements in an adult manner.

Having spent the last two years working on other publishing projects in London and latterly in Cornwall, running myself ragged on early morning train journeys and frustrating motorway delays, it’s been many months since I attended a council meeting. So following the demise of the View From stable of titles and my family’s decision to put a hyper-local website and fortnightly publication into the market place, I thought I ought to show my face in the Guildhall again, especially as the Tourism, Community and Publicity Committee were planning to discuss how best they could get their message across to the council taxpayers with depleted press coverage.

Chairman Cheryl Reynolds kindly allowed me to outline my plans and the committee decided to put on hold their alternative strategies for wider publicity to see how we might fare over the next few weeks.

I don’t want to dwell on the demise of the View From, especially as there are ongoing legal issues on which I am unable to comment. Suffice it to say that I am proud of what we achieved in 12 years, and even prouder of the way my talented loyal staff always responded to the challenges that were thrown at them in recent times when the decline of local newspapers has been frightening with the loss of thousands of jobs.

When I worked in London for an international publishing company, I had to make redundant 120 people, one of whom suffered a heart attack on my office floor. I thought that would be the most difficult day of my career but having to tell the View From staff that the paper was closing with immediate effect was the darkest day of my life. I’m not ashamed to say I found a dark corner and wept..

We were really touched by the number of people who went to the trouble of contacting us when they realised the View From had closed to say how big a hole its departure would leave in the social fabric of our town. One comment that was repeated by many: “Who will hold the council to account now?”

Enough of such emotional rhetoric. Back to the council – and the future.

Since my last visit to the Guildhall, Cheryl has won a seat on West Dorset District Council and is throwing herself into that role with her usual enthusiastic but uncompromising manner. When both Francesca and I arrived at the meeting with no press members having covered meetings during our absence, I think Cheryl thought we were up to no good and had chosen her committee in the hope of stirring things up.

Not the case. We chose it because it was the nearest meeting to the launch of our website and we wanted some news up-to-date to put online. Cheryl chaired the meeting effectively and fairly, Jeff Scowen was back to his usual enterprising self after two months of keeping a low-profile, and there was nothing very controversial discussed.

With Cheryl spreading her local government wings, we may well get the delicious possibility of her and brother Daryl, a portfolio holder on the county council as well as a WDDC member, fighting each other if Lyme just gets one seat, as expected, on the proposed unitary authority when it takes control.

Who would win such a contest? Daryl, now one of the most influential decision-makers in Dorset, knowledgeable and highly-respected throughout the county with political ambitions, or his fiery sister, determined to do her best for local people no matter who in authority might be might offended. She takes no prisoners but no one can doubt her commitment and enthusiasm to make a difference. I wouldn’t like to call that one.

The next few months are going to be among the most challenging the town council has experienced. With the demise of the district council and emergence of the unitary authority, a number of functions currently carried out by WDDC could be transferred to the town council. These will includes toilets and the Tourist Information Centre.

Lyme Town Council is one of the richest – and most generous – in the South West. The financial support they give to local organisations is unprecedented and has enabled a number of local groups to survive whilst others, like the football club, have been able to embark on an ambitious four-year plan to improve facilities for future generations of young footballers due to the council’s generosity.

But those days may be over. Toilets are expensive to run properly and the town council will be anxious to avoid headlines of a couple of years ago when some of the loos in town were labeled as “the worst in Europe”.

Of one thing you can be sure. The View From may be no more – but these important issues will get a full airing both on our website and in our new fortnightly paper, to be delivered to every door in Lyme and with copies in Uplyme and Charmouth and other outlets around the area, 4,000 copies every week – when it appears towards the end of February.

LymeOnline will continue with the View’s commitment to the community, promoting and reporting on all the many activities that make Lyme such a special place. We will be fronting the fundraising for the Red Arrows to appear again in Lyme this summer, as we have for the past two years.

Retirement? Not for me!

When I finally accepted there was no way we could keep the View From going, my mind turned to something I have been contemplating for some time – retirement. Perhaps it was time to go after 53 years in newspapers. I’ve had some wonderful experiences along the way – none more satisfying than working with the View From staff. I actually thought about it – for all of 30 seconds!

Whilst I intend to slow down a bit and spend even more time working for those organisations who have been kind enough to make me their president – the football club, the Royal British Legion and Lyme Regis Musical Theatre, not to mention the fundraising we do for Cancer Research UK – I do intend to contribute to LymeOnline.

It’s Francesca’s show really, but – with those two other seasoned hacks, Geoff Baker and Richard Austin – we will be helping her along with me writing the sport and penning my regular column. Geoff’s not-to-be-missed column will return and Richard’s photographic genius will be much in evidence in our gallery section and a regular blog on his experiences as the South West’s most famous photographer, offering some tips to the galaxy of amateurs that dominate social media.

Retirement? You didn’t really think that was going to happen… did you?

THE Mayor of Lyme Regis has said the council has an “obligation to protect the public’s safety” as it continues its efforts to see dogs banned from the town’s main beaches all year round. […]