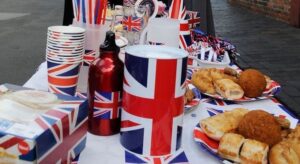 HAVING past the 50th day of isolation, during which time I have written more than 50,000 words on coronavirus and how Lyme is coping, I have self-imposed a restriction on the number of news bulletins I am watching and to which I am listening.

When I started this blog I was intending to watch as much news coverage as I could, nothing unusual for me, but it’s got to the stage when the continual flow doom and gloom to service today’s 24-hour rolling news is starting to challenge my sanity. But old habits die hard; I’ve always been a news freak.

For many years I woke up to the Today programme on BBC Radio 4, going back to the wonderful Brian Redhead’s day. Can’t stand it now. I catch the early breakfast TV news and the lunchtime bulletin and when it comes to the daily briefing by the PM or a government minster, I now turn off before the journalists’ question time.

I have written several times in this diary that, whilst I am fully in favour of those who run the country being held accountable for their actions, especially where lives are concerned, I cannot put up any longer with the aggressive questioning from he more pompous broadcast and national press hacks.

Neither they, or indeed the government ministers who rarely give the straight answer, come out of these briefings with any credit. As one of my former colleagues Kate Williams pointed out yesterday on social media, the ministers look like they are getting very irritated, adding “and who can blame them”.

Kate suggested the time had come to restrict the questioning to just once a week with a ban on repetitive questions. Good idea.

I catch the lunchtime bulletin for anything new and watch the six o’cock news. But last night we skipped News at Ten to watch a far more interesting documentary on North Korea by Michael Palin.

And I gave up on BBC’s Newsnight yonks ago. Too avant guard to me.

Yesterday’s No 10 press briefing was a complete waste of time with the Sky TV representative making a complete fool of herself.

The government were criticised for sending out mixed messages following Boris Johnson’s statement about easing of lockdown restrictions as from Monday. Last week they were being castigated for not treating the British pubic as adults by telling them what he “new normal” would be like. It’s a no-win situation.

Full lockdown restrictions were renewed in law by parliament for another three weeks and I don’t think Boris’ speech to the nation on Sunday will contain anything other than minor adjustments to give people hope. He is under huge pressure to get the country back to work, but he can’t take the risk of seeing a surge in the number of COVID-19 cases.

There is no doubt that the government has failed this country on testing, personal protective equipment and the level of deaths in care homes. And I wish they could show a little more humility in accepting that mistakes have been made.

A simple “sorry” might go a long way. I think the country understands these are unprecedented days and there is no reference book on how to fight a pandemic.

Labour Leader Sir Keir Starmer did challenge Boris on the number of deaths, asking how this has been allowed to happen. But it wasn’t delivered with a great deal of vim and vigour. Perhaps he appreciates just how difficult it’s been to manage this crisis.

If I was Boris I would have said: “We are sorry there have been so many deaths and we recognise we have made mistakes.” And I would have added: “Do you think you could have done any better?” Because I doubt whether anyone stood that side of the dispatch box could.

Journalism has changed greatly in the 55 years I have been involved in newspapers. It was summed up perfectly in a book I am currently reading, the beautifully-written autobiography of Sir Trevor McDonald, one of this country’s most respected television journalists of long standing.

This is what he said: “In some respects journalism has lost its way. The need for speed has damaged the culture of thoughtful reporting. And we have sadly confused the lofty concept of balance with equivalence. Put simply, we place too much importance on giving equal time to contrasting views without any consideration of whether either of the views merit the time allocated.”

The BBC is still the best broadcast organisation in the world. It makes some fantastic documentaries. I’ve just been watching one now called ‘VE Day75, The National Remembers’, followed by ‘Our Finest Hours’, hosted by Sophie Raworth who I believe is one of BBC News’ greatest assets.

But it’s that balance which I think needs careful consideration. Compare the above documentary to the appalling biased ‘Panorama’ programme on the PPE debacle and last night’s so-called comedy show ‘Have I Got News For You’.

HIGNFY used to be one of my favourite television programme because it’s based on the current news agenda. But recorded via video conferencing with the presenters Ian Hislop and Paul Merton and their guests operating from home, it just does not work. Their comedy relies on bouncing off one another and I just don’t think it’s funny any more.  And I can only take Hislop in small doses these days.

On this historic day our thoughts turn to the last – and much bigger – crisis this country endured with all the 75th anniversary of VE Day being severely curtailed. But there will be family parties all over the country, including many in the Lyme area, so we can spend a few moments recognising how very much more difficult it was as war came to an end.

It’s not really difficult is it, staying at home, compared to the suffering our parents and grandparents endured? I wrote yesterday how, like all grandparents, I could not wait to give my grandkids a hug again.

Imagine waving good by to your children, some just five or six years old, when they were evacuated from London. Some did not see their offspring for three or four years and whilst they were much safer, many of them were very unhappy. And never recovered from the experience although most were treated well.

This afternoon the Evans household – all three of us – will ponder on that thought with a cream tea and Pimm’s in our garden where Union flags are aplenty. Tonight we will listen to the Queen addressing the nation once again and we will think things could be worse, couldn’t they?

If you are doing likewise, I hope you have a lovely time. Remember, we are getting through this and the good times will return.

But before I close, let me say a well done to members of Lyme Regis Pantomime Society, who have put up on Facebook a virtual performance showcasing their musical and comedic skills. It’s bloody brilliant.

Let’s finish on something that Churchill said on his victory speech on VE Day 1945, which may still be appropriate when we kick this dreadful virus: “This is not victory of a party or of any class. It’s a victory of the great British nation as a whole”.

Theresa May announces review into ‘sustainability’ of newspaper industry

THERESA May has announced a review into Britain’s printed press which will look into funding models to ensure the continuation of high-quality national and regional journalism. […]

CHARMOUTH resident Nick Gilbey recently visited Sri Lanka, after clearing out his great aunt’s attic led to an impressive discovery about his family’s connections with the east. […]

BY 1917 the war was causing food shortages in Lyme Regis and a dramatic increase in the price of basic essentials such as bread, cheese, meat and sugar. […]