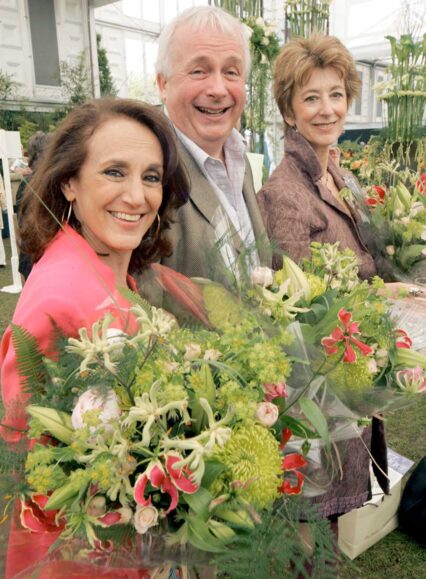 COMING across three very well known actors at the Chelsea Flower Show was a stroke of luck.

Lesley Joseph, Christopher Biggins and Maureen Lipman chatting with each other and enjoying press day at the wold famous flower show, and when I interrupted the chat they were only too helpful to have their photograph taken.

The great thing about Chelsea is that all the VIPs and stars of stage and screen who arrive on press day know well enough that they will be having their picture taken by a small army of photographers. On press day members of the public are not admitted; the VIPs are pestered by photographers instead.

All three are very well known actors having been seen on our televisions for many years.

Maureen Lipman’s career has seen her star in film, theatre and television, as well as a columnist and comedian. Lesley Joseph is an English actress and broadcaster, best known for playing Dorien Green in the television sitcom ‘Birds of a Feather’ from 1989 to 1998, and again from 2014 to 2017. And Christopher Biggins is an English actor and television presenter. He is best known for his role as Lukewarm in the BBC sitcom ‘Porridge’.