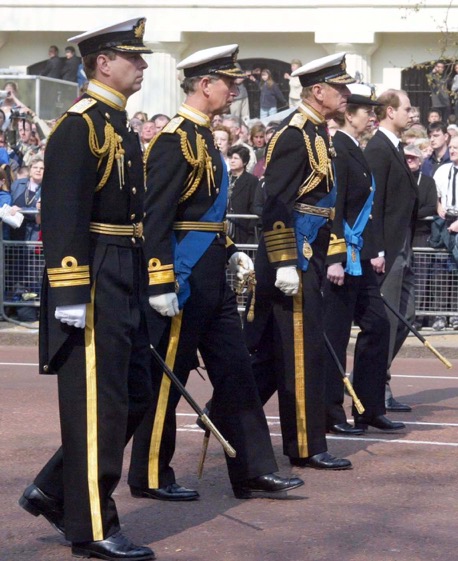 MY own tribute to Prince Philip, the Duke of Edinburgh, who I snapped on and off for a few decades…

One example of his sense of humour – half a dozen of us (press photographers) were waiting for the Duke to come up the stairs at the Royal Navy base at Yeovilton. He was late and people were getting fed up.

Right next to us on the wall was a large painting of the Duke; one of the snappers pulled out his mobile phone and held it up to the Duke’s face on the painting and, as we all photographed it, the Duke came around the corner and saw what the joke was.

He didn’t say anything but the grin on his face said it all, he did have a sense of humour.

He is pictured here marching down The Mall with his sons – Princes Andrew, Charles and Edwards, and daughter Princess Anne, at the Queen Mother’s funeral in 2002.