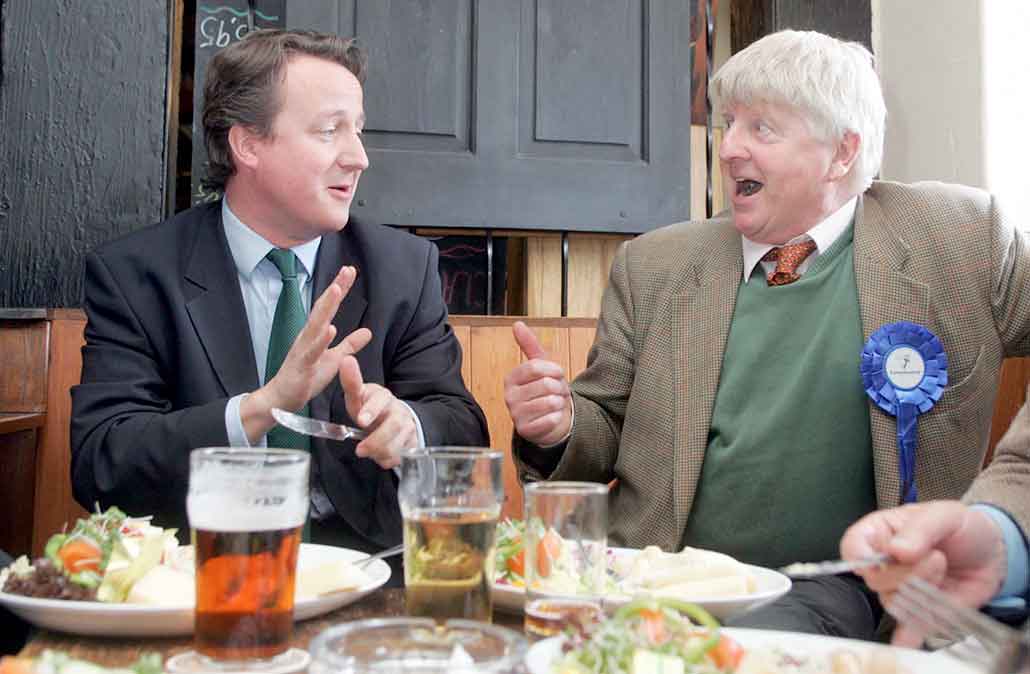 Well, there was a good lunch, which I wolfed down then picked up my camera and snapped the political pair talking politics. What else, you may ask but, no, it was all politics.

It was just before the 2005 General Election won by the Labour Party. Stanley failed to win a Devon seat whilst David Cameron kept his seat in Witney and eventually became leader of the Conservative Party later that year, and then the PM five years later.

I photographed Mr Cameron in Exeter a while later. The Western Morning News had been invited to send a reporter and photographer to meet up for questions and answers with the then Prime Minister.

We were in a small office in Sidwell Street; the reporter and the PM were talking across a coffee table and I was shooting over the reporter’s shoulder when, suddenly, one of the Mr Cameron’s army of blue suited ‘assistants’ appeared behind him making all sorts of signals for me to stop taking pictures.

It was almost laughable but when he started making cut-throat signals I thought I had better stop. He attempted to give me a rollicking after the interview; in one ear and out the other!

We will soon be able to pop down the pub, or will we?

TODAY I am not going to mention second-homers. Instead, let’s go down the pub! […]

Have your say at anti-Brexit film screening

THE Marine Theatre in Lyme Regis will screen anti-Brexit film ‘Postcards from the 48%’, presented by its director David Wilkinson and writer Emlyn Price. […]

UPLYME has a new Member of Parliament with Liberal Democrat Richard Foord having overturned the Conservatives’ majority of more than 24,000 in the Tiverton & Honiton constituency.  […]