There was no escaping it – Willy Wonka was in town.

Lyme Regis was sucked into “a world of pure imagination” as Warner Bros took over our historic harbour for the filming of ‘Wonka’, a musical prequel to Roald Dahl’s ‘Charlie and the Chocolate Factory’, starring one of Hollywood’s most acclaimed young actors, Timothée Chalamet.

It was all anyone could talk about – social media was awash with photos of the intricately-dressed set and stars in costume, huge production crews took over car parks and fields, and Lyme once again was featured in the national press.

We are, of course, no stranger to film stars, having welcomed the likes of Kate Winslet and Dakota Johnson in recent years.

But there was no doubt ‘Wonka’ was a big budget production, the likes of which we have not seen before – an enormous behind-the-scenes crew, fishermen paid off to leave the harbour and the town council receiving a pay-off of £16,000.

It’ll be interesting to see how many minutes Lyme actually features for in the final movie, due to be released in March 2023.

But as excitement mounted in the town and LymeOnline published article after article about the movie, I was harbouring a secret…

I never did like Willy Wonka – in fact, I have always been rather scared of him.

As a child, I was apparently overly concerned with the whereabouts of other children in films, worrying that they would get left behind or lost, even if this wasn’t part of the main storyline (‘Peter Pan’ was generally my worst nightmare!).

I remember watching the original 1970s version of ‘Charlie and the Chocolate Factory’ with my sister, and while she was absorbed in the magic, wonder and silliness, I found the whole thing rather disturbing.

Golden ticket holders disappearing one by one in increasingly strange and mysterious ways, and none of the adults seemed overly concerned about it!

Tim Burton’s dark remake starring  Johnny Depp in 2005 did nothing to make me feel better.

However, even I can admit that the ‘Wonka’ film set brought a little bit of magic to Lyme Regis; the Cobb looked like a winter wonderland or something out of a dream, and it was great to see local children playing in the fake snow after the film crews had packed up.

I also have to admit that I didn’t really know who Timothée Chalamet was before I started writing about him coming to town a few weeks ago, which makes me feel older than I like to think I am.

But he’s clearly adored by fans the world over – and Lyme Regis included if the hysterical screams heard as he waved goodbye on Tuesday evening are anything to go by!

Perhaps Timothée will be the one to finally cure me of my irrational childhood fear – we only have to wait 18 months to find out! 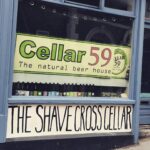 THE Shave Cross Cellar – a partnership between the popular Shave Cross Inn, near Bridport, and Gyle 59, owners of the former Cellar 59 bar in Lyme Regis. Having opened in Bridge Street a week ago offering a selection of locally-brewed beers and light bites, this new bar is already proving a to be a hit. 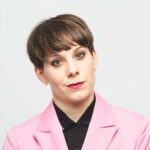 TV comedian Suzi Ruffell will be coming to the Marine Theatre on October 28 with her new show ‘Dance Like Everyone’s Watching’. The Marine is attracting increasingly big names in comedy, with Suzi having previously appeared on ‘Live At The Apollo’ and ‘Mock the Week’.

DON’T miss a bargain, read the £5 deals on offer across dozens of Lyme Regis shops and businesses this month as part of Totally Locally’s national Fiver Fest. The campaign encourages shoppers to back independent businesses and support their local high street.

THE annual bonfire  and firework night celebrations will take place in Lyme Regis on Saturday, November 6. […]