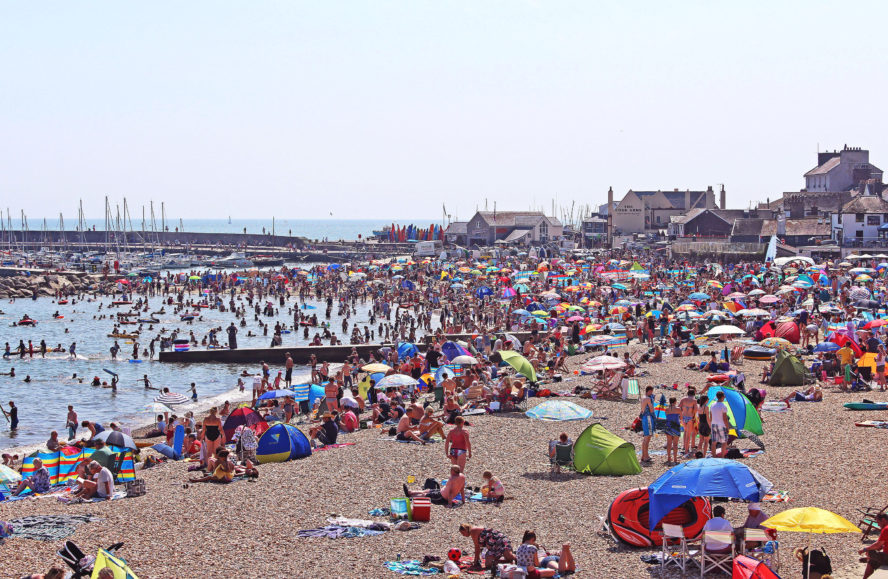 Our town has never been more popular, demonstrated last week during Lifeboat Week and it’s likely to stay that way until the end of the season and into the shoulder months.

This, of course, is good news for the hospitality trade, but these are still challenging times and the COVID restrictions have made life very difficult for pubs, cafes and restaurants.

There has been huge difficulties in finding enough seasonal staff which has forced some establishments to actually close their doors in the town’s busiest period. When has that happened before?

The current difficulties caused by the number of people being pinged by the track and trace app, requiring them to self isolate, is also a major problem.

One local pub was forced to close its doors last week – Lifeboat Week – one of the most busy times of the season. Just think of the financial implications of that.

As of August 16, these restrictions are being eased as it won’t be necessary to self isolate for fully vaccinated adults and all under 18s who are pinged. This should help to reduce the staffing difficulties.

There is a growing body of Lyme residents who never go near the seafront this time of year and would prefer Lyme to revert to being a quaint little resort which is not so popular with the masses.

Whilst we all know this would have an extreme effect on the town’s economy and provide far less employment, their views also need to be taken into consideration as council taxpayers.

All this provides a huge challenge for Lyme Regis Town Council. It amazes me that the one committee which deals with tourism has hardly met during the last year because “there was nothing to discuss”. Balderdash!

Now Cheryl Reynolds is chairing that committee, I expect this will soon change.

The relationship between the council and the hospitality trade is at an all-time low and one of the first things that needs is to done is for the council to listen to those on the front line and work with them.

When people start travelling abroad for their holidays again and use Lyme as a second holiday destination, the over-crowding might reduce slightly.

Then the emphasis has to ensure that those who come have a better experience, rather trying to cram more into the town.

And one of the priorities for this is to tackle Lyme’s traffic issues and its massive lack of parking. We are lucky to live in such a beautiful town.

The council are the custodians of all that attracts so many here. Councillors need to step up to this challenge rather than spending time slagging each other off.

Have council put quarrels behind them?

Lyme Regis town councillors held their annual “away day” when they escape from the Guildhall and discuss their main issues in convivial surroundings.

I understand that the recent spate of poor behaviour was high on the agenda and it was impressed upon councillors that the content of their deliberations were not to leak out, which is at it should be.

I have heard a whisper, however, that they want to draw a line under the recent squabbles in the council chamber.

We wait with bated breath.

THE leader of Dorset Council has written to the Prime Minister calling for travel restrictions to be reintroduced after events at Durdle Door over the weekend saw three people seriously injured and huge crowds pushed together on the beach. […]

LYME Regis has been ranked among the top UK beach destinations for an autumn or winter coastal escape. […]