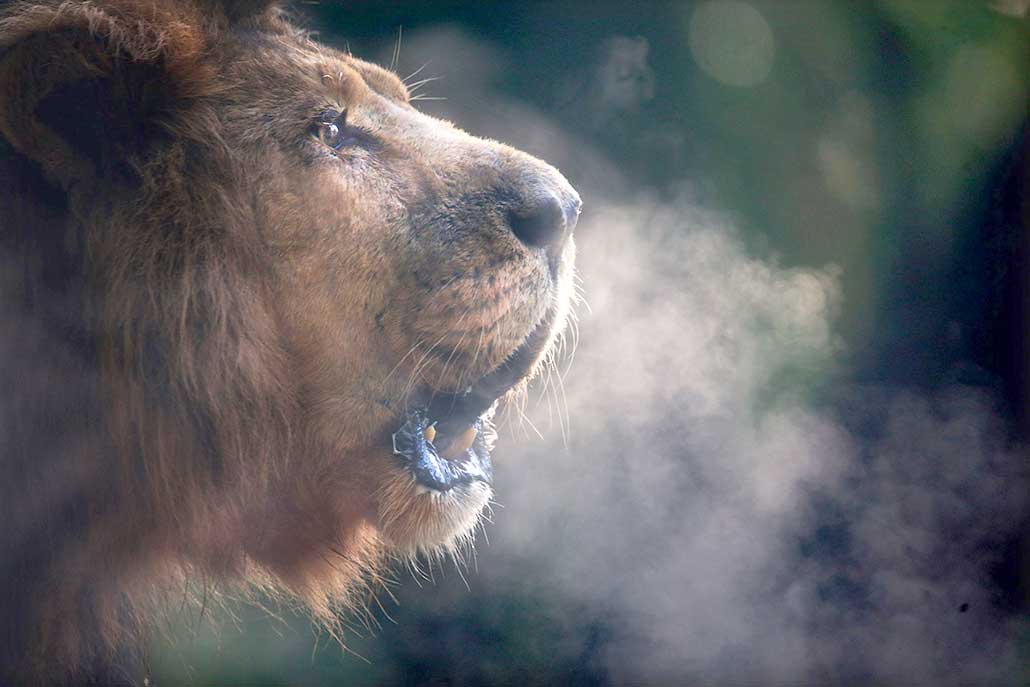 There are quite a few right place occasions over the years; a stag’s physical encounter with a huntsman springs to mind and the huge Emperor stag on Exmoor. Both these occasions made huge story’s in the national press.

But a slightly less published picture was of a colossal male lion roaring at first light at Paignton Zoo.

I was at the zoo working on a photoshoot with a very big male gorilla. Walking past the lion enclosure the male started his early morning roaring, basically marking out his territory as he would on the planes of the African Serengeti.

Walking close to the loud guttural lion roar it suddenly became a ‘right place’ moment; a shaft of sunlight burst through the trees as the lion turned his head away, a steamy breath on a frosty morning was very visible, a long telephoto lens to focus through and obliterate the steel cage netting was vital to snap the drama of the early morning roar.

The lion, the sun, the frost, and photographer, all in the right place at the right time.

As Morrisons supermarket is right next door to Paignton Zoo, I wonder how many places can you push your trolly across the supermarket car park to the roar of an African lion.