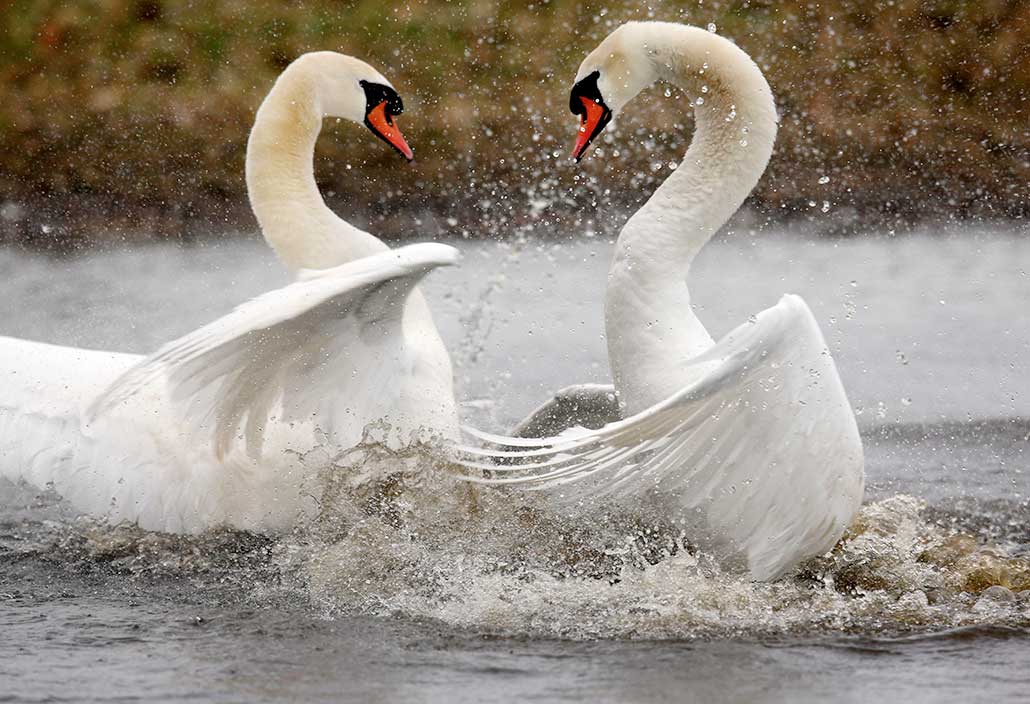 THIS time of year our birds and animals are battling each other for the best partner and the best place to build nests for babies.

So each year feathers fly and when it involves Britain’s largest bird, the swan, all hell lets loose as the two birds go to war.

Watching male swans knocking six bales out of each other is like watching a swan soap opera.

First they eye each other up, and slowly, with wings raised threateningly, they spend about five minutes swirling around each other, faster and faster until wings are out and raised, feathers fly as they beat each other with tremendous power and at the same time biting into their foe.

Male swans have been known to fight to the death in these violent clashes but most times exhaustion gets the better of them so they break away until the next time.

This pair of tough guys were at the Abbotsbury Swannery in Dorset. The winner was in the white corner!

Not just another seagull!

SOME people wouldn’t look twice at what appeared to be just another seagull. […]

Rare sighting of dippers on the River Lim

A PAIR of the country’s most uncommon river-dwelling bird species, the dipper, have made the River Lim in Lyme Regis their new home. […]