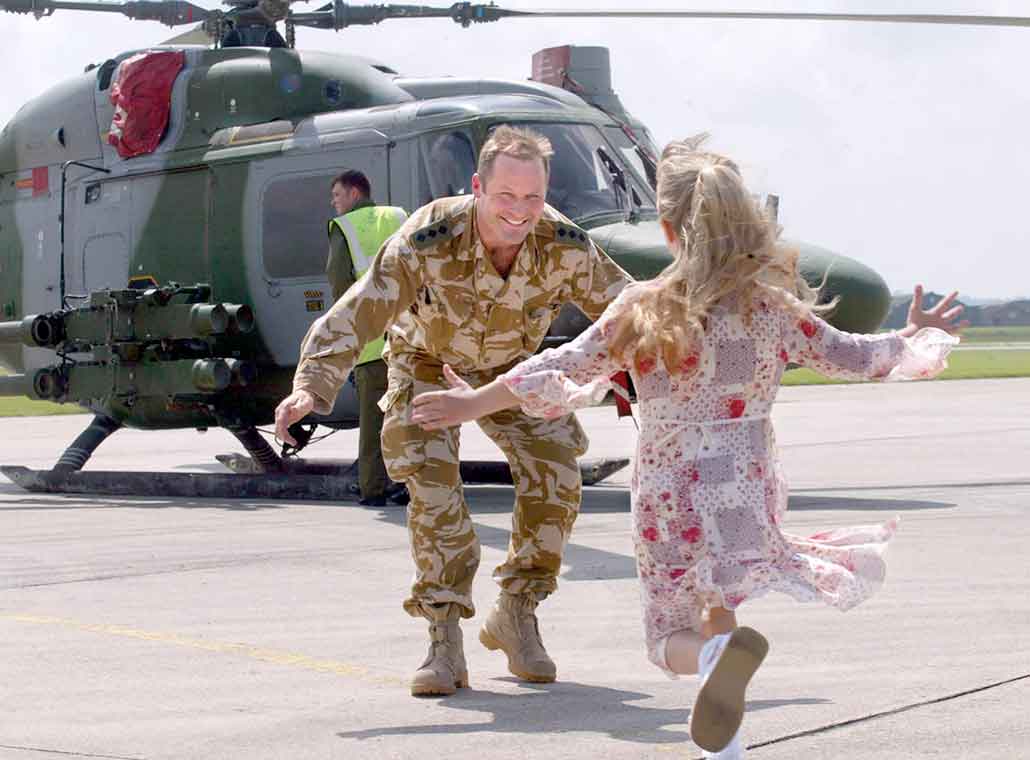 SOMETIMES there are no words just an image that says it all. And so it was at RNAS Yeovilton when the families, along with the media, were invited to be present at the arrival of servicemen coming home from a war zone.

The families were buzzing, especially the children who could see their dads emerging from the helicopter. Then, when it was safe, it was a race across the tarmac for that first hug in months with their dad, just as it was in the photograph.

Believe me there was not a dry eye on the runway as families were complete again. And of course, remembering those servicemen in recent times who did not come home.

This picture of joy is the exact opposite to Brize Norton, where servicemen carrying coffins draped in the union flag emerged from the rear of the aircraft bringing back those servicemen who did not make it home to their families.