I’VE had a few remarks expressing surprise about my suggestion in last week’s column that it might be a good idea if we looked upon the pending creation of the new Dorset Council, and the election of a new town council, as an opportunity to forge a new wave in local government.

Because my connection with the council goes back for such a long time, people thought I would be dead against changing any of Lyme’s rather quaint and outmoded civic customs.

One opinion I expressed which attracted particular criticism was the view that the time had come to do away with the mayoral robes and the town clerk having to wear a wig in this day and age at civic functions.

I do not advocate, as some have suggested, that we scrap the mayoral chains. I wore them with pride during my one year in the mayoral chair and when I was entertained at the Mansion House in London by the Lord Mayor, Dame Mary Donaldson, who incidentally, spent her honeymoon in Uplyme, she commented on how ornate the Lyme chains were, outshining even those of the Lord Mayor of London.

Unfortunately, due a technical hitch, the final line in my story last week dropped off the page which made a nonsense of the final sentence. It happens. It should have read like this: “I’m all for celebrating our past but isn’t it time we moved on? And if we did, would we not attract more younger members of our community who would be prepared to sit on the town council and steer Lyme through the challenges ahead?”

My information is that four, perhaps five, of our current councillors do not intend to seek re-election. Will all of the remaining members (nine or ten) be re-elected? I doubt it as not all of them have a high profile so we can expect at least seven or eight new councillors.

I really do hope this time round we get an election. If that is the case I hope there is a smattering of younger people that put themselves forward to a forge a method of operation that the town finds more acceptable, and more in keeping with the times in which we live, than the shenanigans we have witnessed in recent times. 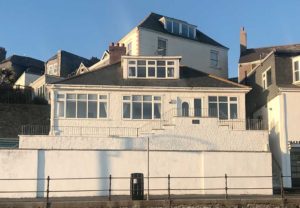 A long way to go before the bulldozers move in

IT WAS good to see Lyme Regis councillors unite in their determination to block the plan to replace the Cobb Gate holiday bungalow with a three-storey house on the Marine Parade.

It demonstrates that they can put their disagreements and dislike of each other to one side and speak as one on issues which may have severe consequences – in this case, another landslide.

Although the planning application has been approved by West Dorset District Council, under delegated powers, meaning the decision has not been made by the elected members, it has a long way to go before the bulldozers move it.

A number of crucial conditions, especially regarding stability of the land, have to be satisfied before the project is likely to go ahead.

The application has fallen within the criteria set for national planning guidelines, and that makes it difficult for planning officers as it opens them to having to defend such decisions should the matter go to appeal. This is probably why one of Lyme’s West Dorset councillors, Daryl Turner, would have given a reluctant nod to the initial planning application.

The green light for this particular development, which will involve moving hundreds of tons of spoil from the site, revolves around how the contractor will achieve this on such a narrow thoroughfare as Marine Parade and the Cart Road.

There is talk of building a bridge over the parade for pedestrians, which could have a disastrous effect on the businesses next to the site. In fact, the owner of The Alcove believes, with some justification, that it could close him down.

The owner is going to need the co-operation of Lyme Regis Town Council and in their present mood, and with the limited information they have received, I cannot see that happening.

I have a feeling that there will be many column inches written in LymeOnline before this application reaches fruition or is kicked into touch. 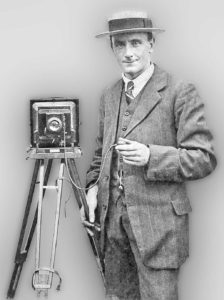 Percy – a true worthy of Lyme

A FEW years ago author John Fowles wrote a controversial book on Lyme Worthies. It caused quite a stir at the time with more discussion about those who weren’t in the book rather than those who were.

In those days I used to compere the annual Christmas concert as president of Lyme Regis Town Band and I wrote a poem for it called ‘I Wish I Was a Worthy’. Mr Fowles heard about this and I was summoned to his splendid house in Pound Street to explain myself.

When I read the poem, he roared with laughter and we discarded the tea pot and got stuck into a couple of bottles of chilled Chablis and we talked for several hours about Lyme and its people.

I’ve often thought I should write a sequel to that book and, if I did, there is no doubt that Percy Bird would feature strongly in it.

Percy Bird, who left school at 12 and worked on the railways all his life, was a fascinating character. When he discarded his railway overalls at night, Percy became a dapper man about town with a passion for a number of pastimes and hobbies – including photography.

His grandson, Robert Wheeler, was recently clearing out the family home when he found 800 glass negatives of views of old Lyme never seen before. So on Sunday LymeOnline recruited the help of Ken Gollop – he of 25 ‘Under Shady Tree’ presentations and the font of all knowledge on Lyme – and top photographer Richard Austin to stage the ‘Bird’s Eye View’ slideshow.

Ken was his usual brilliant self. It turned out to be a wonderful afternoon. Nearly 300 people turned up, including a number of the Bird and Wheeler family, and we ended up raising £600 for The Alzheimer’s Society.

Thank you for your support.

FOLLOWING Chancellor Rishi Sunak’s Spending Review given in the House of Commons earlier today, Lyme Regis Town Council had some financial announcements of its own to make this evening.  […]